Award-winning tequila doesn’t happen by accident. We pay close attention to every part of the process, from the day our Blue Weber Agave’s are planted until it’s bottled. We make sure we infuse quality every step of the way. Let’s take a closer look into how our Ultra Premium Tequila is made. 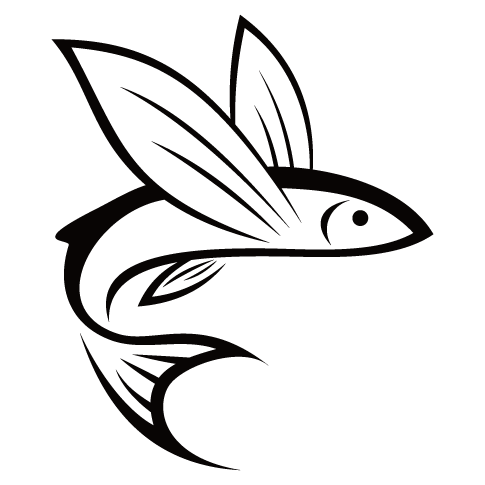 VOLANS ˈvō-ˌlanzˈ n. 1 A constellation in the southern sky representing a Flying Fish. 2 An Ultra-Premium Tequila.

We Start With 100% Blue Weber Agave

The first step in the process is our Blue Weber Agave, also known as Agave Tequilana. This plant is very different from all other types of Agave.

There are hundreds of different types of Agave in Mexico – but there is only one that is used in the production of tequila. Here are some interesting things to know about this special plant:

Blue Weber Agave has different flavors depending on the region where it is grown. For example, some have sweet, earthy notes, while others have a more intense herbal taste. Here in Jalisco’s Los Altos region, our Agave is grown at approximately 6,800 feet above sea level. The cool and dry climate allows the plant to mature more slowly – so the piña (the heart of the Agave) grows larger and sweeter.

All of our Agaves are carefully grown by the Estate of Felipe Camarena and his family. The Camarena family has been growing Agave in this region for six generations. They don’t use growth accelerants or harsh chemicals. Agave ‘quiotes’ or stalk are also allowed to grow on some of the strongest Agaves to harvest seeds and allow pollination. Sustainable farming practices ensure a less negative impact on the region and its water supply; it will also provide a more healthy and robust agave supply.

Mature Agaves are the best Agaves for making tequila. Maturity is reached when the sugars in the plant are at peak levels. You can tell by testing the Brix level using a refractometer. Experienced Agaveros can also tell just by looking at the plant.

Think of it like a banana – would you rather cook with the tart, unripe green one or the ripe, sweet, flavorful brownish-yellow one? We thought so!

We Take Only the Sweetest Parts

The male agave plants develop a cogollo – which is a waxy accumulation of leaves. It’s located on the top part of the agave where the pencas (stalk) forms.

We remove this part along with the other leaves before the baking process begins. By carefully removing the cogollo, we ensure that the agave syrup doesn’t become bitter.

When agave is processed in larger quantities with the cogollo still attached, it has a very bitter flavor and the finished product can only really be used as a mixer.

Of course, that’s not what we aim to create here at Volans. We take our time to craft the most delicious and flavorful tequila possible – good enough to be slowly savored on its own.

It takes a bit longer to remove this part of the agave plant, but the effort is absolutely worth it. The result is much sweeter with none of the bitter aftertaste.

Roast It in the Dual Steam Powered Stone Oven

The next step is to bake the agave piñas in an oven to break down the Agave’s sugars and fibers. El Pandillo Distillery uses two masonry stone ovens (Hornos), designed with steam jets on the bottom and top to roast the agaves evenly, so it’s never over or undercooked. (The oven is an essential part of the process, and it even imparts its own unique flavor into the tequila.)

First, we steam clean the Agaves for about 3 hours in the stone ovens to flush out all the dirt, impurities, and bitter ‘mieles’ (syrups). Slow roasting the Agaves takes time. Cooking usually takes 19 to 22 hours and then another 24 to 36 hours to cool everything down.

Sure, it sounds like a metal band, but we assure you, it’s an essential and critical part of the process of how El Pandillo Distillery makes the world’s best tequila. The shredder nicknamed “Igor” was invented by Felipe Camarena. It resembles a tree shredder, but the insides are proprietary. The shredder takes the large chunks of agave and turns them into fine fibers, all without damaging them. The more fine the agave fibers are, the more complex the tequila is.

Extract It In the 19,000 lb Mechanical Tahona

What’s a tahona? Tahonas were brought to Mexico by the Spaniards, and they are large volcanic stones, hand-carved into grindstone wheels. Their purpose is to mash the pulp of cooked agave piñas to extract the juices.

Felipe Camarena built the powerful mechanical tahona we use at El Pandillo Distillery, a 3rd generation master distiller and 5th generation Agave grower. He named it “Frankenstein” because he upcycled spare parts from a 20,000 lb steamroller, a train axel, and custom iron tracks. The floor of the tahona is made of rough stone with built-in channels that collect the juice into a large storage tank. It does a fantastic job at gently extracting the sugars without damaging the agave fibers. It is also easy to clean, more efficient, and saves a ton of energy. In comparison, an old-fashioned tahona is usually driven by a horse (or mule), diesel-powered tractors, or large electric motors — a small one hp electric motor powers Frankenstein.

Tequila made with a tahona tends to have a sweeter and smoother profile. It is a slow process, but it allows us to retain the flavors we want.

Once the sweet juices of the freshly cooked and shredded Agave are extracted, the mosto is sent to large fermentation tanks.

Although the Agave gets a lot of the credit for the taste of the tequila – the water used is just as important. In fact, the quality and source of the water used in making tequila are critical to the flavor of tequila.

Volans is unique from any other tequila on the market because we use a blend of natural spring, deep well (450 ft+), and rainwater to make our tequila.

We harvest rainwater to make our tequila, not just because it sounds cool but because it adds just the right flavor. The Jalisco region is famous for its rainy season, and the roof at El Pandillo distillery is a giant rainwater collection system – leading underground to a 53,000-gallon cistern. This allows us to use the rainwater all year round, even during the dry season. You know that wonderful smell in the air just before it starts to rain? That has been subtly captured in the nose of our tequila.

Spring water and deep well water both have unique characteristics as well. El Pandillo is at a high point in Los Altos, so the water is not affected by agricultural runoff. The spring water has more minerals in the water compared to the rain; it’s well balanced and naturally alkaline. The deep well at El Pandillo is over 450 feet deep and is earthy, and is highly mineralized.

In the end, it’s the blend of rain, spring, and deep well water that helps give Volans Tequila a good balance of unique flavors.

Mix In Our Very Special Yeast

One of the closely guarded secrets of our tequila production is the unique strain of natural yeast we use. This yeast has been in the family of Felipe Camarena, Master Tequila Distiller, for generations.

The yeast plays a very important role in the production of the tequila. It’s added after we have roasted the agave piñas in an oven – at which stage the starch has started to break down into sugars. The yeast then breaks down those sugars and converts them into alcohol.

There are two stages of the fermentation process – aerobic and anaerobic. During the aerobic phase, the yeast reproduce quickly. The anaerobic process takes a bit longer, sometimes a few days to a few weeks. This is when the yeast is busy converting the sugars into alcohol.

The final phase is the zymase reduction, where acetaldehyde turns into ethyl alcohol. That’s a lot of big words, but all you really need to know is that the yeast is busy working its magic.

Volans Ultra Premium Tequila is distilled twice in traditional copper pot stills. There are so many details in this process that Felipe Camarena and his team at El Pandillo Distillery have mastered, it would take a Netflix series about distilling tequila to describe how the process in making Volans tequila is unique and exciting.

In short, the copper in the pot still creates a better flavor and removes the undesirable sulfur-based compounds. It is also how the distillate is cut. – heads, hearts, and tails. This process helps to eliminate undesirable elements – Volans is very low in these unwanted elements, such as methanol.

The agave has been grown, harvested, roasted, pressed, fermented and distilled – but we’re not done yet. (When we said that a lot of important details go into our top-notch tequila, we weren’t exaggerating.)

The final step is to age our Reposado and Extra Añejo Tequila in used American White Oak Bourbon barrels. In order to qualify as an Extra Añejo tequila, it must be aged for at least three years. Our Reposado is aged under one year. We use barrels that were once used to make bourbon, as they give a slightly sweeter and complex profile than whiskey barrels.

Our tequila goes into these beautiful used oak barrels and is kept below the ground in an environment that experiences little to no temperature fluctuations. The Mexican rules for barreling and aging are pretty tough. Whenever a barrel is opened for any reason, it should be witnessed by an official from the CRT (Tequila Regulatory Council).

When we age the tequila, it adds the characteristic flavors of American oak: the dried fruit, caramel, vanilla, and other subtle flavors. You’ll find that the barrels don’t overpower Volans tequila – they simply complement the existing tastes and make the tequila richer, subtler and more complex.

One thing we never do with our tequila is add flavors, colors, sweeteners, thickeners, or any other additives. We can prove it too: Read More. These additives are added to some tequilas in an attempt to mask poor quality, impart a certain sweetness, certain characteristics, or to maintain consistency.

We NEVER introduce any artificial colors, flavors or additives to our tequila. When you taste our Ultra Premium Tequila, you’re tasting nothing but the pure, true flavors of the tequila. In all, there are only three ingredients in our tequila: water, blue Weber agave, and natural yeast.

Are you ready to try Volans Tequila?
U.S. Distributors
Find a Retailer